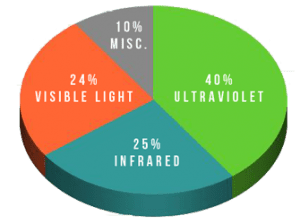 Normal windows block only 11% of the suns UV rays. Installing window film can increase your protection to 99%. This means your furniture and floors will be protected from the suns UV rays that cause fading.

Window film keeps heat out of your home by blocking it at its source, your windows. This will keep your homes energy costs down, saving you money on your annual energy bills. These films can reflect the heat away from your windows without the need for extremely dark window tints. Our experts can help you decide which window film will work best for your particular situation.

Window film is often thought of as being extremely dark. This is a common misconception with window film. A majority of the window film we install is clear and might even go unnoticed after installation. This means the view from your windows will remain crisp and clear. If you are interested in darker or reflective window film, you can learn more on our Window Tinting vs. Window Film page. 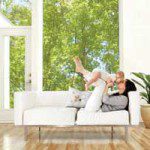 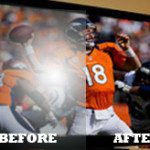 The glare of the sun can be overwhelming, especially here in Salt Lake City.  In fact, it can be so bad at times, it leaves entire rooms too bright and uncomfortable to use.  Take back the best rooms in your home and the views you love by having glare reducing window tinting applied to your windows.  This film drastically cuts down on the intense glare of the Salt Lake City sun without any loss of clarity through your home’s windows. 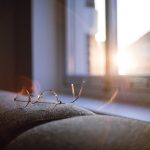 The suns UV rays can cause floors, furniture and artwork fade making them look old and worn out. UV protective window film can protect your home by blocking up to 99% of these harmful rays.  Additionally, window film can reduce the glare from the sun on computer and TV screens, so you won’t have to pull the blinds in the middle of the day to watch TV or use your computer. 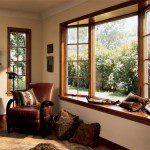 The need for privacy in an increasingly dense world in growing.  Privacy is not only convenient, it is a way to keep your family and belongings safe from harm.  Window tinting is a great way to give your home a bit more privacy from the prying eyes of the outside world without obscuring the views you love from the inside.  Best of all, privacy window film gives your home man of the other benefits of window film at the same time. 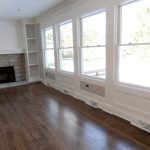 The sun here in Salt Lake City is intense and can cause damage to your skin right through your home’s windows.  Window film has the ability to block 99.9% of the sun’s harmful rays and is rated an SPF 1000 when it comes to skin protection.  Don’t let UV rays into your home to hurt the ones you love–protect yourself and your family with UV blocking window tint. 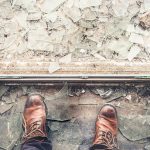 We live in an increasingly dangerous world.  No home is safe from being targeted for burglary or break-in, even here in the relatively safe city of Salt Lake.  Security window film is strong and will keep a would-be criminal out of your house long enough for you to escape and/or first responders to arrive.  However, in most cases, criminals are looking for a quick score, so when they encounter security film, they often move on to an easier target rather than the repeated blows need to penetrate security window film.

For Commercial spaces in Salt Lake City all the benefits of window film for homes, of course, apply.  However, window film provides additional benefits that are a powerful way to protect and increase your commercial profits.

Graffiti is at an all-time high these days here in Salt Lake City and around the world. and vandals are increasingly imaginative in the way they apply it. With ever new and increasingly permanent methods of graffiti applications, it is harder to remove than ever before. This is why we offer a full range of Graffiti Shield products for commercial building owners in Salt Lake City. These specialized films cover areas affected by graffiti in elevators, bathrooms, entryways and more and come in finishes like mirrors, metal, glass and even custom finishes. Should an area covered by Graffiti Shield be defaced, the film is simply removed and reapplied for a fraction of the cost of traditional graffiti removal

As a commercial building owner in Salt Lake City, one of your biggest assets is the exterior of your building. By having decorative window film applied to the glass windows and doors of your building you harness the branding power of your property and turn it into more profit. These high definition films are proven to attract more walk-in traffic and higher-end tenants. The best part is these films are just as easy to remove as they are to apply, meaning no permanent structural changes to your building and the ability to adapt your messaging from time to time.

The quality of life here in Salt Lake City is second to none and we live in a relatively safe city. However commercial and public buildings, even in safe cities, still need to protect themselves against the increasing threat of ballistics attack due to terrorism, lone gunman, or gang-related violence. The best thing and only thing you can do is–be prepared and take measures, like window film, to mitigate the damage in the event of an attack. Premium window film, window film adhesives like C-bond and special security window attachment systems keep your windows from shattering and exploding out in the event of a bomb or ballistics attack. While no window is truly bulletproof, security window film will slow down an intruder for precious seconds or minutes, giving those inside a chance to escape until first responders arrive.

The 20th is gone and gone with it is the window finishes of questionable taste. Not only do these brown, yellow and amber tints look dated, their tinting technology is simply obsolete. If your Salt Lake City commercial building looks dated and old you are losing out on valuable tenants and foot traffic and therefore profit. Additionally, your commercial space is not getting any of the benefits of window tinting in full, which means you could literally be throwing money out the window. Window film is an easy way to update your Salt Lake City building’s windows at a fraction of the cost of full window replacement plus start getting all the window tinting benefits you need to compete in today’s commercial investment world.

FAST Enterprises – Before and After